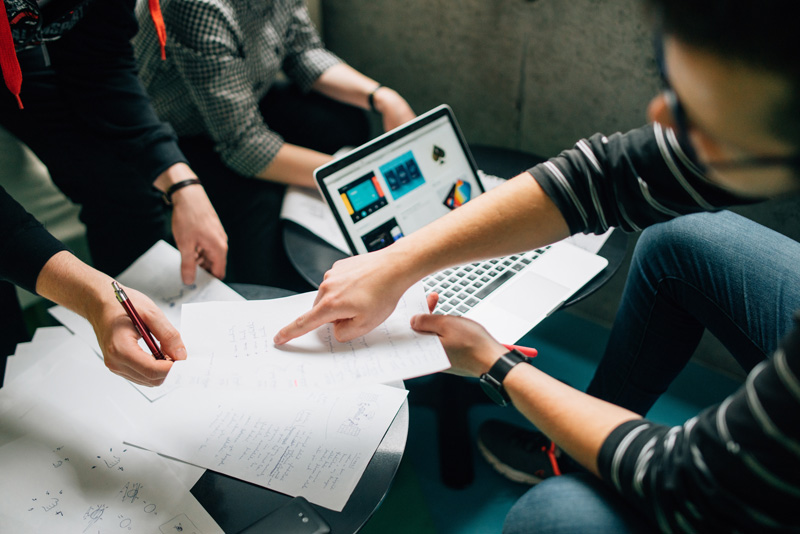 The PESTLE analysis is a framework for monitoring and responding to the external environment in which your business operates (the environment that creates threats and opportunities). That framework is spelled out in the name PESTLE:

When it comes to the strategic direction of your firm, it’s important that collectively the directors have a solid grasp on these six elements and that your organisation has the capability and flexibility to respond to them as new threats and opportunities arise. So, let’s break down each element and see what it might look like for your average business owner.

As New Zealand firms, there’s no escaping the fact that we all must live within the parameters and rules of engagement set by the New Zealand Government.

In late 2017, with a change in government to the left, we saw the very real impact of this element at work. Suddenly, your average cafe or restaurant owner fretted about the promised increases in minimum wages, tertiary education providers’ ears perked up at the news of people’s first year of study being fully funded, and companies that rely on overseas skilled workers had new staff resourcing challenges to overcome.

What happens in Wellington’s Beehive can present all sorts of potential opportunities and threats to your average business owner and they often hit us indirectly. For example, changes to capital gains tax might not directly affect the everyday cafe or florist until they find out their landlord needs to raise rents in order to cover their increased tax obligations.

2008 and 2009 were scary times to be in print media, property and finance (I know, I was the head of advertising sales for a print magazine in 2008—it was hard yakka!). Those who responded appropriately and quickly to the threats of the Global Financial Crisis were often the ones who survived while many others were forced to close doors.

Closer to home, during the GFC, the companies who relied heavily on exports to China were largely sheltered from the economic forces affecting so much of the world. And we saw many people, in industries like property and finance, make a LOT of money in the years that followed by seizing on opportunities to jump in just as the economy gathered steam again. So, just like any element in the PESTLE analysis, there are gains and loses to be made from responding to the economic world in which your business operates.

Put a millennial in a locked room with a baby boomer and it’s like you’ve caged an iguana with a chimpanzee. I won’t attempt to hint at which one is which, but my point is that the two generations are different, very different. Different values, means of communication, language, beliefs about work and career progression, spending habits, brand loyalty.

These social changes affect your customer base (i.e. your marketing), your staff (i.e. HR), and your many other stakeholders (i.e. investors, suppliers, contractors etc) so it, literally, pays to keep your finger on the pulse of how they are changing.

Germany in 2015 is an excellent example of shifting social forces. News images of the Syrian exodus are seared into our memories and in 2015 Germany welcomed almost 1 million new refugees to their 80-odd million existing population. That is quite a cultural shift for a nation to absorb—especially for businesses to welcome new employees (with various cultural and language barriers to overcome) and to capitalise on a growing and increasingly diverse market (e.g. providing Arabic translation on your business website or marketing material might be a great idea now).

Ten years ago, business owners would often ask me if I thought they needed a website. That question is now a no-brainer. Everyone must have a web presence. But should we also have a Facebook page and Twitter and Instagram accounts? What about Youtube, LinkedIn and Snapchat? Is blogging old news? Should I be using video now? What if I need to send a fax?

Technology is moving faster than ever and influences almost every aspect of business. There might be significant cost-saving tech waiting for you just around the corner, so be sure to pounce on it before your competitor.

I was paid $6 an hour at my first job out of school back in 1999. I was initially pretty chuffed with my first pay cheque of a whopping $240 less tax.

Now, in 2018, thanks to a sequence of annual law changes, that job would be paid a minimum of $16.50 per hour ($660 before tax on a 40-hour week). In that time, the NZ dollar has inflated by 47 per cent, meaning today’s equivalent to my 1999 minimum wage is only $8.82—representing an 87 per cent increase in inflation adjusted minimum wages for 19-year-olds. This all means that cheap labour is now much more expensive than it was (almost twice as expensive in fact).

For example, hospitality businesses, who might expect a third of their costs to come from wages and who are most likely to employ minimum wage workers, these sorts of legal shifts need to be planned for and spotted as soon as possible.

We are based in Taranaki and the last 12 months has been particularly cruel on the region. Last winter we were perpetually under water, then spring arrived in force, the rain stopped and many dairy farms’ flow of milk went dry. Then, in February, a storm left New Plymouth without clean water for a week. And, to cap it all off, in April, the government made an announcement to grant no further permits for oil and gas exploration, an announcement that our mayor called “a kick in the guts”.

Whether it’s conservation concerns, global warming, crops being ravaged by disease, planes being grounded by storms or volcanic ash, or the weather itself shifting consumer demand from ice creams to soup and back to salads, environmental factors create threats and opportunities that can reach into the heart of almost any business.

So, there you have the PESTLE analysis—a tool for understanding the environment that your business operates within. It’s important that when considering each element you not only monitor your environment, but that you weigh the probability and magnitude of those threats or opportunities and that there is a mechanism and a culture of flexibility for responding to the elements that warrant response.

So, what doesn’t the PESTLE analysis cover?

We’ve mentioned very little about what your competitors are doing or how your suppliers and other business stakeholders are faring, so competitor analyses and regular communication with stakeholders is required . We also haven’t looked internally at the strengths and weaknesses of your business—this is where you go back to your good old SWOT analysis while feeding in elements from the PESTLE analysis.

Our business strategists can guide you through all these processes and our Brand and Marketing team and People and Culture consultants can take you deeper into what the PESTLE environmental factors mean to balancing your books, increasing sales and building exceptional teams.

Contact Strategy Collective to dive further into your business strategy:

< Previous Article
All Articles
Next Article >